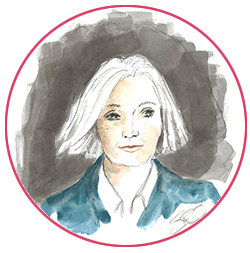 Mata’s serene world fell apart when her husband Alfiie dropped dead of a heart attack. He collapsed in their vegetable garden while picking tomatoes for their evening salad. He was her sentinel; keeping the world at bay so that Mata could lead the wisdom-centered life required by her Hestia nature.

As a retired professor, Alfie had lived in his books. Mata was a local guru; a kind, sagacious woman with a rye sense of humor. She taught yoga once a week in her barn, situated on four rustic acres tucked into their ex-urban Virginia community. She also dispensed wisdom to sleep deprived professionals who lingered after class, nervous about their marriage messes, road rage encounters, and too many options.

Are you a Hestia?

Mostly Mata kept to herself; detached from our hyper-connected world. Need I say somewhat morally superior to Facebook, Linked-In, even cell phones.

Then a tree landed on her house during a storm. Before his sudden demise, Alfie tended to the mundane details of life: bills, house repairs, lawn mowing, etc. Now that Mata had no roof over her head, she was forced to face reality — rarely strong skill in monastic spiritual types. Meditation, herbal tea – even pot – couldn’t calm her nerves.

She swallowed the bitter pill and called her son Todd, a hard-nosed lawyer. He invariably took a no-nonsense approach to facing an emergency. Negotiations began. Manta feared being torn from her wooded sanctuary, but she loathed the idea of becoming a charity case.

Todd generously pointed out that she occupied a valuable place in the community. Letting down his guard, he admitted: “Half my friends seek you out to dust themselves off, confess their grievances, ambivalences, hungry for your compassion. Now’s the time to call in the favors. Get a techie to set up a website for you. Give online courses in meditation. Ask a handy person to pitch in with house repairs.” He paused and added: “Leverage your assets. Rent out the barn to free lancers who need space on a part-time basis.”

Mata parked her guru snobbery and contacted friends and yoga clients. Once she got the hang of it, she even allowed Facebook fans to ‘intrude’ on the quiet early mornings normally spent with tea and hummingbirds. Extroverting at this point in her life helped her overcome her grief at Alfie’s loss. She even took up swing dancing.

Confession: The Hestia in me can go for 48 hours listening to the fountain in my garden. Metaphorically speaking, I don’t always hear the storm coming. My early pattern has served me well, as had Mata’s – solitary and introspective, taking things in, digesting and processing. Sometimes when a tree falls, it’s a signal that the time is ripe to move on out with your gifts and balance your hermit consciousness.

The bonus from these initiatives is a heightened sense of self-sufficiency. There’s nothing like paying your own way to feel like a very wise woman – particularly when you have so much else going for you. You are more than a sum of your parts – you are a confluence of cosmic forces.